Freight rail is the most fuel-efficient way to transport freight over land, moving one ton of goods an average of nearly 500 miles per gallon of fuel.

As an environmentally responsible transportation solution, freight railroads are continuing to invest in technology to reduce emissions in the existing locomotive fleet and researching initiatives to develop tomorrow’s solutions.

Today, railroads have broadly deployed technologies that conserve fuel, reduce idling and arm crews with information to operate trains more efficiently. These efforts have driven down emissions by increasing fuel efficiency across the rail industry, which is responsible for transporting 40% of the nation’s long-haul freight.

Railroads are working diligently to develop lower and ultimately zero-emission technologies that deliver an even more sustainable future. Railroads are taking active steps to further reduce emissions associated with current locomotive technology and move towards lower and zero-emission technologies that are still in research, development and demonstration phases. Numerous railroads have active demonstration programs for alternative fuel locomotives that hold great promise as tomorrow’s lower or even zero-emission solutions. 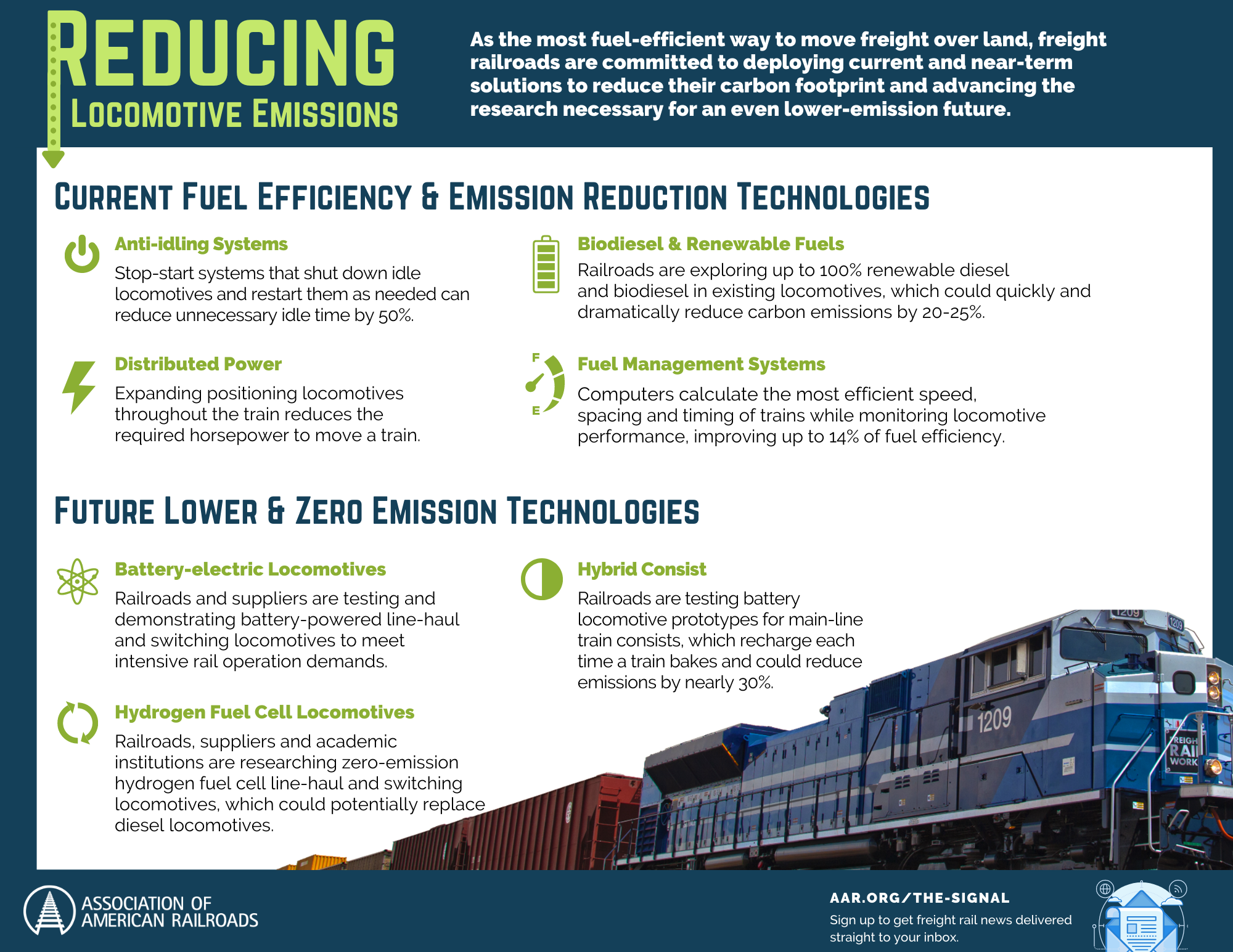